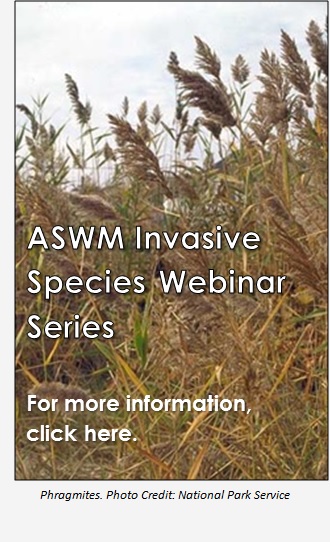 The U.S. federal definition of invasive species is "…an alien (or non-native) species whose introduction does, or is likely to, cause economic or environmental harm or harm to human health". However, the term “invasive species” is often misused. Many people incorrectly think that “non-native” and “invasive” are the same, but they are not. Only a small proportion of non-native species are invasive. This is an important distinction and one that is often misunderstood. In fact, there are many non-native species that are beneficial to ecosystems and human health. Non-native species (or also called “alien” and “non-indigenous”) are “any species, including its seeds, eggs, spores, or other biological material capable of propagating that species, that is not native” to the specific ecosystem where it is found.

Whether or not an invasive species causes economic damages or direct human harm, it can cause profoundly negative impacts on the native plants and animals in an ecosystem. Management options for dealing with invasive species are not optimal. With large invasive plant infestations, wetland managers often find themselves having to use herbicides. Less toxic management options such as hand-pulling require a great deal of time and labor – and are not sufficient if the infestation is significant. Biological controls have a mixed success record. More research and risk analysis needs to be done.

Any invasive species management plan will likely have to involve multiple strategies. The best course of action is to stop the spread of invasive species as soon as they are detected. Waiting to take action can result in an invasion that is not only extremely costly to control - but it may not be reversible.